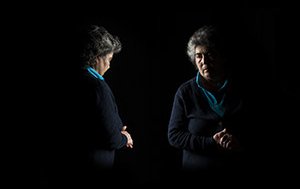 Today sees the launch of a week of activity in cities across Bosnia-Herzegovina (BiH), aimed at increasing widespread awareness of the ‘Preventing Sexual Violence in Conflict Initiative’. The initiative is working to replace the culture of impunity for crimes of sexual violence in conflict with one of deterrence, and was launched in 2012 by the former UK Foreign Secretary William Hague and the Special Envoy for the UN High Commissioner for Refugees, Angelina Jolie.

It’s within this context that the British Embassy in Sarajevo, the OSCE Mission to BiH, the Post-Conflict Research Center (PCRC), the Peace Support Operations Training Centre, Medica Zenica, the Balkan Investigative Reporting Network (BIRN), and others, have planned a public awareness week. It aims to respond to the landscape of stigma and silence, and comes in the wake of the Global Summit to End Sexual Violence in Conflict, which was held in London last June. The week will bring representatives together from key public institutions, civil society organisations, academia, and the media to increase awareness of the prevention and consequences of sexual violence in conflict, as well as the need to support survivors effectively.

The beginning of the week is marked by today’s launch of the ‘International Protocol on the Documentation and Investigation of Sexual Violence in Conflict’ in BiH. Funded by the UK government, and the product of two years’ work by a range of experts, the document was presented at the Global Summit to End Sexual Violence in June 2014, and is seen as an essential step towards achieving the Initiative’s aims. By introducing international standards for the documentation and investigation of sexual violence, in addition to the support of survivors, the Protocol aims to strengthen the prosecution of sexual violence in conflicts, thus increasing the prospects of successful convictions. As such, it provides practical advice on preventing, documenting, and responding to sexual violence, including checklists, templates for data collection, and sample questions for fieldworkers.

The week will bring representatives together from key public institutions, civil society organisations, academia, and the media to increase awareness of the prevention and consequences of sexual violence in conflict, as well as the need to support survivors effectively.
With such a strong focus within the protocol on developing the capacity of local individuals, organisations, and institutions, a focal point of the launch event in the Parliament of BiH will be the official presentation of three separate training modules by local experts. The future delivery of these modules will serve as the basis for improving the work of judges and prosecutors, war crimes investigators, and the armed forces in BiH, and are intended to help them overcome some of the many challenges that they face in preventing and responding to sexual violence as a crime under international law.

An emphasis on encouraging and developing local ownership of the protocol will also see the Post-Conflict Research Center (PCRC), Medica Zenica, and the Balkan Investigative Reporting Network (BIRN) host a series of local events in Mostar, Banja Luka, Brčko, and Zenica over the course of the awareness week. At each of these events, a representative of the British Embassy will introduce how the protocol can be of use to local organisations, following which there will be a film screening and an accompanying panel discussion amongst survivors, local victim associations, NGOs working on the issue of sexual violence. Organisations from surrounding areas of each location will also have the opportunity to promote their work and engage with the vide variety of stakeholders in attendance.

Such involvement of grassroots actors is of obvious necessity to the Protocol’s long-term aim of strengthening local organisations’ capacity to work with victims of sexual violence in conflict, but of equal importance is the wider engagement of the general public. The silence that surrounds these issues in Bosnia is such that they are rarely discussed either amongst communities or through the media, leaving most people uninformed about the experiences of those who suffered sexual crimes in conflict and the lack of support that they have since endured. Indeed, despite the initiative shining a spotlight on these issues within BiH earlier this year, public awareness remains particularly low. The devastating floods that swept through the region in May hindered much of the work planned with local communities in advance of the Global Summit.

Thus, in addition to careful co-ordination with media agencies across BiH, a series of outreach activities throughout the PSVI week will attempt to inform, involve and change the attitudes of the wider public. For example, the photographic exhibition “My Body: A War Zone”, created by PROOF: Media for Social Justice in collaboration with PCRC, featuring the stories and portraits of women survivors of rape from the Democratic Republic of the Congo, Nepal, Bosnia and Herzegovina, and Colombia, will be unveiled in Sarajevo and at each of the local events.

PCRC and Kriterion Cinema will also host a Women’s Film Series in Sarajevo, featuring a variety of films that explore survivors’ experiences of sexual violence in conflict, the stigmatism and socio-economic challenges that they’ve faced since, and the shortcomings and challenges of existing responses. The film series will include screenings of “I Came to Testify” and “War Redefined” of PBS’ Women War and Peace documentary series; Unprotected and Uspomene 677 produced by PCRC; Angelina Jolie’s In the Land of Blood and Honey; and Duhovi Proslosti produced by the ICTY. The photographic exhibition “The Story of Hasija” by Velija Hasanbegović, which features one Bosnian woman’s plight after surviving rape camp detainment, will also be unveiled as a part of the film series event.

The ‘International Protocol on the Documentation and Investigation of Sexual Violence in Conflict’ will be launched in the Parliament of Bosnia-Herzegovina on 19th November 2014. The Protocol will also be presented in the following cities over the course of the PSVI awareness week: Mostar on 21 November; Banja Luka on 24 November; Brčko on 26 November; and Zenica on 28 November.