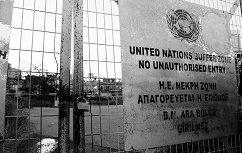 Nicosia is one of the world's last divided capitals.

A divided city, bringing people together

Technology has the potential to overcome the physical barriers that separate us
Nicosia is one of the world’s last divided capital cities. Split in half in the 1970s following the Turkish invasion of Cyprus, it was not until 2004 that it became possible to cross the UN buffer zone that separates the city.

Spend any time in the centre of town and you see constant reminders of the conflict, which is 'frozen' and has become part of everyday life. Walk around the corner of one of the narrow, ancient streets and you find bored soldiers lounging in the sun next to a machine gun post, children playing football against a wall topped with razor-wire, or friends enjoying coffee in the shadow of a UN watchtower.

It was fitting, then, that Nicosia was chosen to host this year’s Build Peace conference. Build Peace brings together peacebuilders and digital developers, designers and activists to explore if and how technology can help bridge the divide between analogue and digital, global and local, to help support peacebuilding around the world.

With events on both sides of the Nicosia divide and inside the buffer zone, the setting made the conversations taking place inside the conference venues very real. They underscored the potential of new technology to overcome the physical barriers that separate us. The Peace Direct stand at Build Peace 2015. Peace Direct and Insight on Conflict work to amplify the voices of local peacebuilders around the world.
It was encouraging to see recognition that peace is ultimately built from the ground up
Naturally for a conference on new technologies, there were some cutting edge ideas on show. Béatrice Hasler from the University of Barcelona talked about her research into Virtual Reality as a tool to build empathy. Participants experienced this for themselves by watching the UN’s VR film Clouds Over Sidra. Jessie Mooberry from the Syria Airlift Project, and Patrick Meier both spoke of how drones are not just a weapon for the military, but can also be a vital tool in humanitarian relief.

New technologies open up novel approaches to peacebuilding. This was particularly apparent in the many projects using video games to as a tool for attitudinal change. For example, Peace Superheroes, currently in development, offers players the chance to take on the role of a peacebuilder as they transform violence.

But there were less futuristic projects on show as well, such as the Wajenzi project, which uncovers the stories of local peacebuilders in DR Congo and promotes them using local media sources. There are undoubtedly more examples of this work around the world, and wherever possible we will work to identify and promote them. Indeed, with our focus on supporting local peacebuilders, it was encouraging to hear in many of the discussions the recognition that peace is ultimately built from the ground up, and that technology will serve peacebuilding best when it empower grassroots activists. The theme of the conference - 'Peace: By Whom, For Whom' - speaks to how technology is often owned by the minority, when it can affect the majority. Recognising the implications of this are an important step.

Technology and peacebuilding: connections and collaborations

Is the world getting better? And can you do anything about it? These were the questions posed to us by the Institute for the Future at Build Peace. The range of ideas and projects on display in Nicosia demonstrate that new technologies are rapidly becoming an important tool for practical peacebuilding.

Peacebuilders and tech developers shared reasons for hope and concern
Peacebuilders and tech developers alike shared reasons for hope and concern about the future, but in one aspect, we were united: we all felt empowered to do something to make the future better, in bigger or smaller ways. The organisers said they’d never before run an event where everyone felt so empowered to make change, and the sessions we attended encapsulated the spirit of the whole conference.

Perhaps that shouldn't be too surprising, however. Build Peace is a conference for activists and social entrepreneurs who want to find ways to harness technology for peacebuilding. And if you didn't think you could change the world, would you really bother to try making the Brazilian police more accountable through mobile cameras, or airlift aid to refugees in Syria using drones, or create virtual reality simulations that can let us 'walk a mile in the shoes' of others to better understand their world? There were over 250 delegates from around the world present. Peace Direct was there to showcase our Insight on Conflict website, the leading online resource on local peacebuilders. And the 'by whom, for whom' theme is very relevant. One of the big challenges under discussion was how to ensure that local peacebuilding organisations can lead in implementing projects that use technology as a tool for peace.

There was wide agreement that technology on its own will not solve conflicts - in contrast to some of the more techno-utopian ideas that had seemingly captured people's imaginations a few years ago - and a recognition that technology can only really be effective when used by, or in collaboration with, peacebuilders with in depth knowledge of the conflict and societies being targeted.

It was a pleasure to connect with our partner organisation Heartbeat
We believe that Peace Direct can make a contribution in this regard by using our contacts with peacebuilding groups around the world, to encourage more and better collaboration between local peacebuilders and international interveners. Central to this is Insight on Conflict’s unique mapping of peacebuilding groups around the world. We were able to make excellent connections with several organisations with whom we hope to develop possible collaborative ideas.

For Peace Direct it was also a great pleasure to connect with Aaron Shneyer, from our Israeli-Palestinian partner organisation Heartbeat. Heartbeat won a scholarship to attend through our partnership with the conference organisers for our Tomorrow's Peacebuilders competition.

We also met with Aya Chebbi, a blogger and activist from Tunisia who gave a talk on the use of storytelling in peacebuilding. We're delighted to be working with Aya at present to map local peacebuilding organisations in Tunisia, and will soon be launching a section on the country on Insight on Conflict.

Technology and peacebuilding
Disclaimer: The views expressed in this article are those of the author and do not represent the views or position of Peace Direct.

More on Technology and peacebuilding → 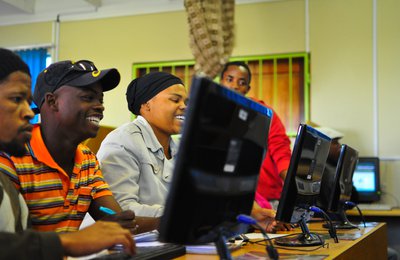