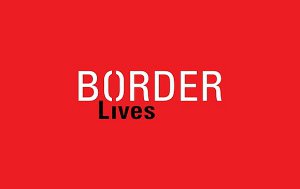 The Border Lives project is run by the Tyrone Donegal Partnership and funded by the European Union's PEACE III Programme, managed for the Special EU Programmes Body by Pobal.

The project’s aim is to ensure that the stories and experiences of those living in the Border Region during the Northern Ireland Conflict are captured, replicated and shared in innovative ways that are accessible to both new and wider audiences locally, regionally and internationally. The project tells the everyday stories of how people adapted their daily lives and routines amidst the violence, fear, isolation, and uncertainty of the conflict, but also shows the humour, friendships, and community spirit that existed. In short, it shows ordinary people telling stories of extraordinary times. This project captures life away from the headlines and the TV news bulletins, where people lived their lives quietly while one of the most deeply entrenched conflicts in western European history unfolded around them. The films make for essential viewing for anyone who wants to understand the reality of life in the border areas during The Troubles and beyond.

90 people took part in the six films. Among them include a woman who talks poignantly of watching a soldier dying outside her home, a retired RUC officer who speaks of never wanting to have to use his gun, an IRA member’s memories of growing up amidst the turmoil of the 1960’s and 1970’s, and a part-time UDR member explaining how him and his family’s life was under threat 24/7. But mostly the interviews reflect ordinary life lived around extraordinary circumstances – the humour, pathos, loneliness and hope for the future. Each of the six films focuses on a different location along the border and gathers a breadth of perspectives and stories from local people. 36 public events were also held highlighting the project and its work.

The project has developed:

The project has also devised an e-learning course, based on the footage gathered from our 90 participants. Our Course, http://www.borderlivesrethink.eu, is free and features four modules: Restart, Remembering, Renewal and Reconstruction. The modules feature video clips, external links, questions and key learning points throughout the course and covers topics such as the role of narrative in conflict and moving forwards, the role of a border in conflict, identities in conflict, the Iceberg model of conflict, and Border Impact Stories. The course features 18 video clips and case studies of people interviewed for the project who talk about life during the conflict as well as how it has changed during the post conflict reconstruction phase.

All of Border Lives’ resources are free and readily available to institutions involved in conflict resolution, peacebuilding and oral history. We are particularly keen to raise the availability of these products and the project internationally.

For more information on the project, contact Conor McGale, Project Manager, at c.mcgale@tyronedonegalpartnership.org. 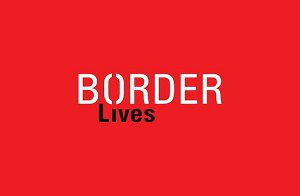